Hey, you can only buy 10 of these.
Leave some for the rest of us!
Update the quantity in your cart.
Refurbished
64GB
4 inches
Limit 10 per customer 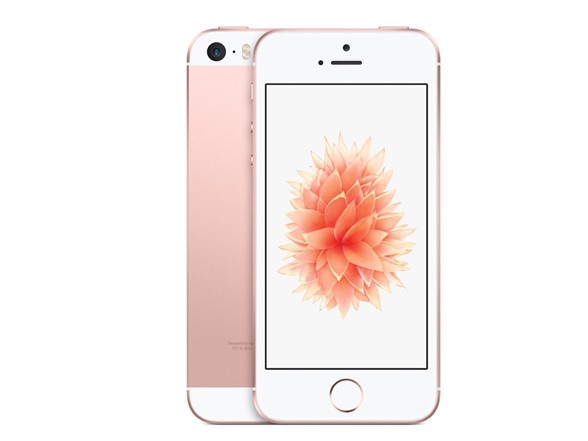 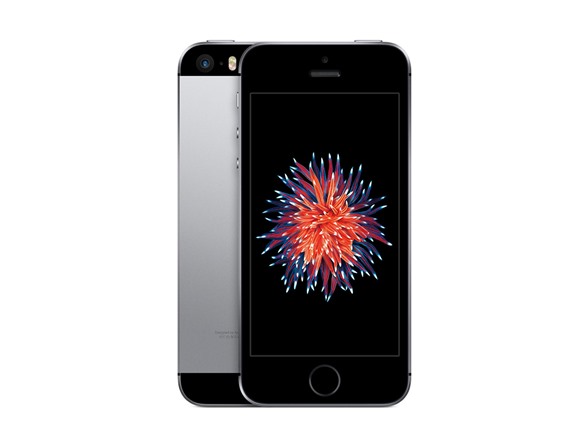 1-year protection plan: $28.99 Buy Now
Hey, you there! These items are expected to have a moderate level of wear & tear including (but not limited to) scratches, dents, and dings. Outside of their physical appearance, they have been tested to be in full working condition.

Will this phone work with my carrier? Let's find out! CLICK HERE

Welcome to iPhone SE, the most powerful 4‑inch phone ever. To create it, we started with a beloved design, then reinvented it from the inside out. The A9 is the same advanced chip used in iPhone 6s. The 12‑megapixel camera captures incredible photos and 4K videos. And Live Photos bring your images to life. The result is an iPhone that looks small. But lives large.

A beloved design. Now with more to love.

iPhone SE takes an incredibly popular design and refines it even further. Crafted from bead-blasted aluminum for a satin-like finish, this light and compact phone is designed to fit comfortably in your hand. A brilliant 4‑inch** Retina display makes everything look vibrant and sharp. And matte-chamfered edges and a color-matched stainless steel logo finish the look.

The most powerful 4‑inch phone ever.

At the core of iPhone SE is the A9, the same advanced chip that’s in iPhone 6s. With 64‑bit desktop-class architecture, the A9 chip brings you spectacular speed and responsiveness. And with console-class graphics performance, your favorite games and apps are incredibly rich and immersive. Making it a mighty chip for maximum performance.

The only camera you’ll ever need.

With a 12‑megapixel iSight camera, you can be sure to capture sharp, detailed stills like the ones shot on iPhone 6s. That includes shooting — and even editing — brilliant 4K video, which is up to four times the resolution of 1080p HD video.

Advanced security. Right at your fingertip.

Touch ID makes unlocking your iPhone SE simple and secure. After all, your fingerprint is the perfect password — no two are alike, and you always have it with you.

iPhone has been completely refurbished and 100% tested to be fully functional including: