Better than the electronics you'll find at a real garage sale!!! Unless you are particularly fond of Colecovision, that is... 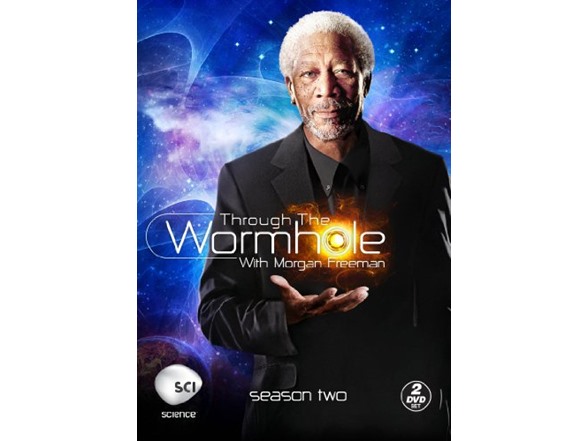 Host-narrator Morgan Freeman is back with a second season of Through the Wormhole, the series that uses science to ponder and perhaps answer some of the immense questions that have intrigued and vexed humankind since time immemorial. The first time around, those questions involved proving the existence of God, the possibility of time travel, the presence of life elsewhere in the universe, and other mind-boggling matters, and they are no less weighty this time. In the first of the 10 episodes, "Is There Life After Death?," some experts argue that the soul dies with the body, while others posit the theory that rather than just a bunch of neurons, it's part of the fabric of the universe, "a quantum computer hard-wired into the cosmos," and thus it does exist after we die (one scientist even attempts to "build" a soul to prove it). "Is There an Edge to the Universe?" finds a cosmologist, a theoretician, and others contending that counter to most accepted notions, the universe is not infinite, that it might be shaped like a dodecahedron (i.e., a soccer ball), and that another universe exists beyond the one we know. "Is There a Sixth Sense?" examines such phenomena as "blind sight" (a "subconscious sensory system" that allows sightless people to "see" emotions in others) and a "global mind" or "cosmic consciousness" that may enable us to respond to events before they even occur (the 9/11 terrorist attacks are used to illustrate that possibility). And "Can We Travel Faster than Light?" studies the practical feasibility of warp drives, wormholes, and other marvels familiar to sci-fi fans.

As before, these and other topics (including contemplations of eternal life, what aliens look like, and the possibility that there are more than three dimensions) involve some very complex scientific experiments and dizzying mathematics. But there's also a healthy dose of whimsy (one scientist uses the video game Asteroids and a bagel to illustrate her theories) and plenty of graphics, models, and outstanding visual effects, plus amusing cartoon animation and Freeman's personal touch via several reenactments of his own childhood experiences. All in all, this beautifully produced series is at once provocative, edifying, and entertaining. --Sam Graham