Hey, you can only buy 10 of these.
Leave some for the rest of us!
Update the quantity in your cart.
New
Marine Blue
64GB
6.2"
Limit 10 per customer

Your one-stop shop for all the bric-a-brac, baubles, geegaws and other stuff you didn't know you needed! 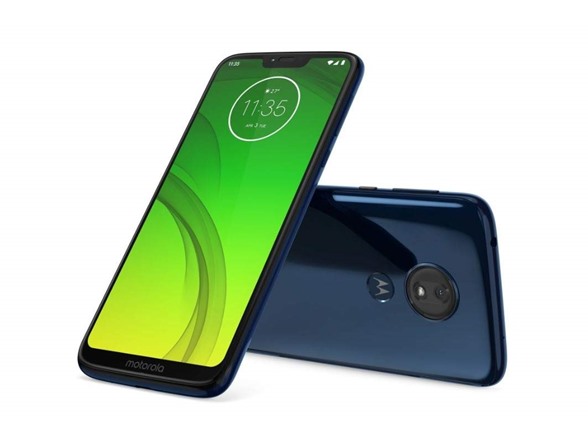 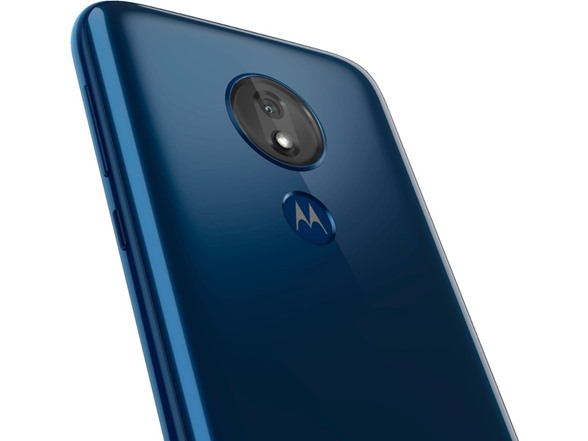 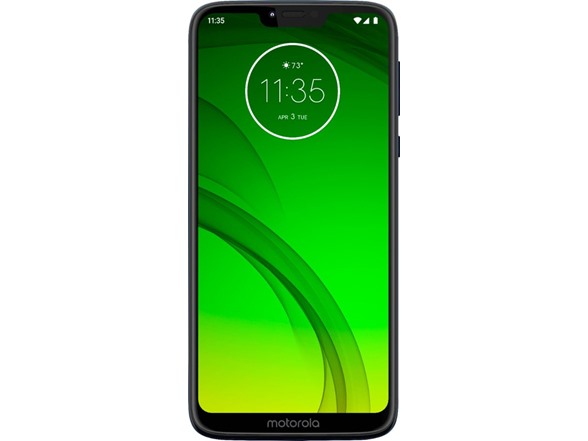 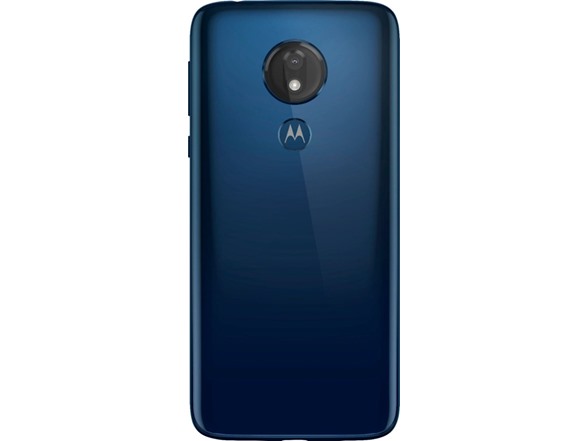 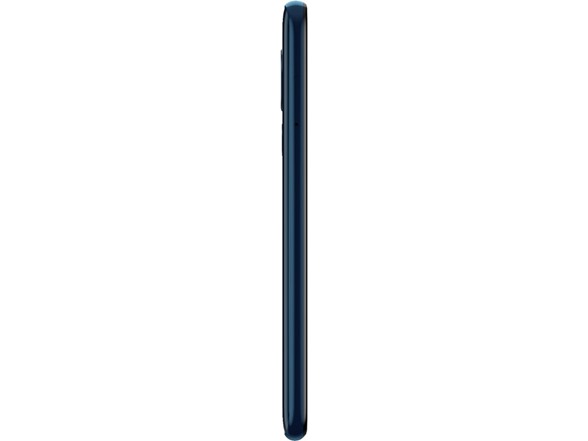 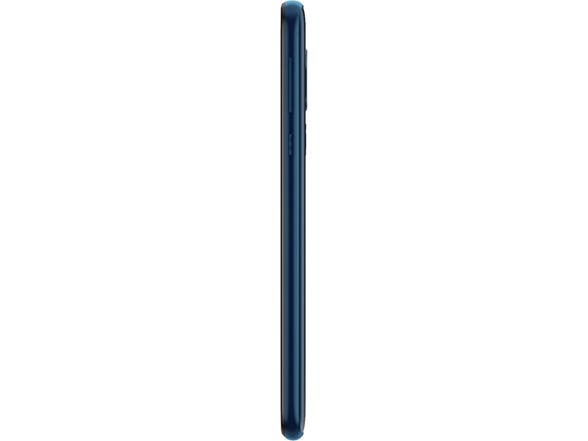 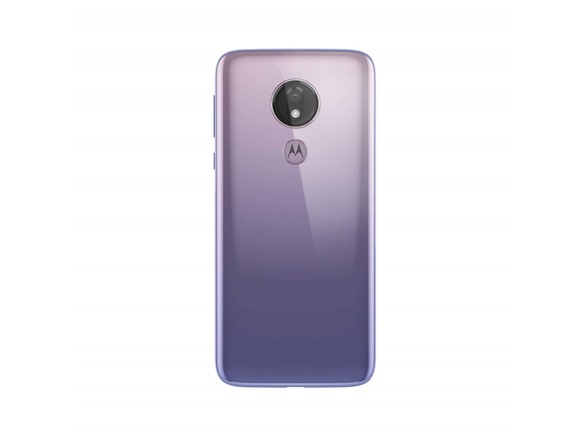 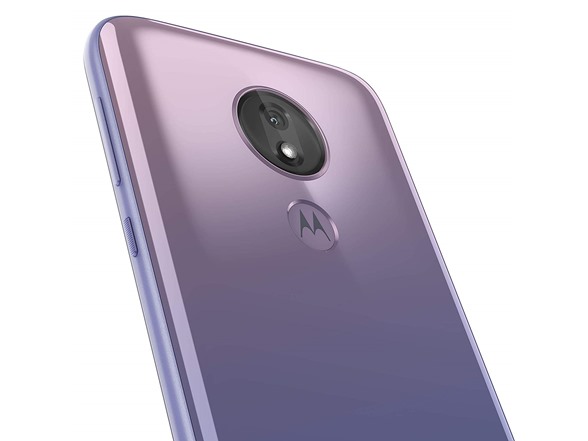 The G7 Power Smartphone from Motorola lets you power your creativity for days without needing a recharge. The large, built-in 5000mAh battery has enough capacity for up to 3 days of life. When it's finally time to plug it in, the 15W TurboCharger can give you up to 9 hours of life in just 15 minutes. With all of that time between charges, you can get creative with the rear 12MP camera and G7 Power's camera software. They give you a bunch of unique modes and capabilities, such as spot color images, cinemagraphs, and timelapse videos. On the front is an 8MP camera combined with a screen flash feature that helps you capture selfies with improved detail and clarity.

The G7 Power's large 6.2" HD+ display gives you a sizable canvas to frame up your next social media masterpiece. All of that screen real estate is matched up with a 19:9 ultrawide aspect ratio, which is designed to provide an immersive experience when streaming video or playing your favorite mobile game. Protecting the display is scratch-resistant Corning Gorilla Glass 3. Speaking of protection, the G7 Power also features a P2i interior/exterior nano coating, which is engineered to protect everything from the elements, such as accidental spills, sweat, and light rain.

Running the Android 9.0 Pie operating system, this phone is powered by a 1.8 GHz Octa-Core Snapdragon 632 processor and 4GB of RAM. You can store your apps, cinemagraphs, and selfies on 64GB of built-in storage, which can be expanded via an (optional) microSD card up to 512GB in size. This phone is unlocked and compatible with GSM+CDMA/4G LTE networks. Connect to the internet and other devices with built-in Wi-Fi 4 (802.11n) 2.4+5 GHz Wi-Fi and Bluetooth 4.2.

The Android operating system integrates heavily with Google's services. It's a personalized and customizable OS, allowing you to add your favorite apps or widgets to your home screen. You can even download new themes using the Google Play Store, which offers access to millions of apps, games, books, music, movies, and more. Android 9.0 Pie adds a variety of predictive capabilities, navigation changes, and digital well-being enhancements that let you take control of your Android experience. By learning how you use your phone over time, Pie will automatically adjust certain features for you, such as battery usage and display brightness. With App Actions, Pie uses what it learns to get you to your next task quickly. For example, plug in your headphones and Pie will automatically bring up your last playlist. With Dashboard and App Timers, Pie lets you see your phone usage in detail, allowing you to set timers and reminders so you can better manage the time you spend using your smartphone.

This phone is designed to work on select GSM and CDMA networks and is 4G LTE capable. LTE is an advanced cellular network data protocol capable of data speeds so fast that they compete with wired broadband Internet providers. With an LTE connection, this phone should have no problem streaming HD video, downloading apps, uploading photos, or anything else that requires a high-speed data connection. The phone is also backwards compatible with 3G and 2G data for instances when you can't get LTE.

Note: Not compatible with all cellular networks. Please make sure your provider uses a frequency or band that this phone supports, and that they will allow you to used carrier unlocked phones. You can check which bands this phone works within the Specifications.

The G7 Power is a US variant. The G7 Power's LTE radio is tuned to frequencies that are most often used in the United States and North America. It can also be used in other parts of the world; however, LTE access may be limited or unsupported, depending on the network. Please choose your country/carrier above to confirm the network compatibility of this phone.

An alternative to digital zooming, this feature lets you zoom into a picture while it automatically restores lost detail to maintain image clarity.

The G7 Power's camera AI supports Google Lens software, which lets you use your camera to conveniently give you information on the world around you. Simply point the camera at landmarks or objects to learn what they're called, what they are, and more. You can even point it at objects you desire to try and find them for sale online.

With Moto Actions and other software experiences, you can have the G7 Power perform various tasks via a series of intuitive gestures. For example, you can set specific phrases in Moto Voice to wake up your phone, even when it's locked. You can have the G7 Power wake up just by picking up the phone. You can also gesture to active features, such as a twisting twice to open the camera, or double-chopping downward to turn on the flashlight.