Hey, you can only buy 1 of these.
Leave some for the rest of us!
Update the quantity in your cart.
Factory Reconditioned; Open Box
Limit 1 per customer

The units in this event are being sold as "open box" condition. That means that they have been opened due to being a photo sample, a tested working customer return or having damaged packaging. Some non-essential items may be missing from the box. That is the reason for the reduced sale price and the reduced warranty. 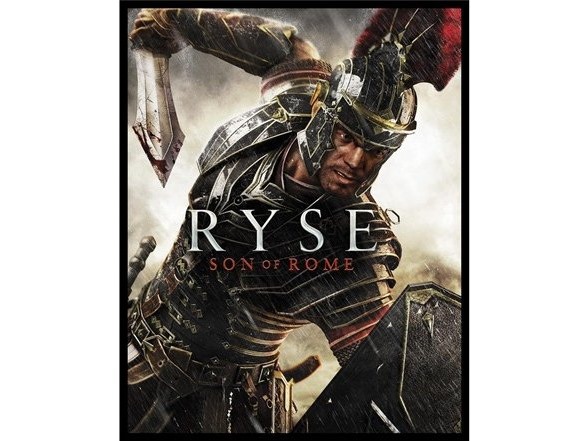 The units in this sale are being sold as open box condition. That means that they have been opened due to being a photo sample, a tested good customer return or having damaged packaging. Some non-essential items may be missing from the box. The unit may not be shipped in retail packaging. That is the reason for the reduced sale price and the reduced warranty.

The Xbox One Gaming Console from Microsoft delivers a next generation experience in both gaming and multimedia.

With high resolution graphics, fast performance, and innovative Kinect features, the Xbox One allows you to game on your own terms. You can snap two windows together on the same screen so you can watch TV while you play your game.

Xbox Live allows you to test your skills against other players around the world.

Embark on a journey of revenge, betrayal and divine intervention:
Ryse: Son of Rome tells the story of Marius Titus, a young Roman soldier who witnesses the murder of his family at the hands of barbarian bandits, then travels with the Roman army to Britannia to seek revenge. Quickly rising through the ranks, Marius must become a leader of men and defender of the Empire on his quest to exact vengeance – a destiny he soon discovers can only be fulfilled much closer to home.

In the box: (Some items may be missing due to this product being open box condition)

In the box: (Some items may be missing due to this product being open box condition)