Listen To Things You Love

Lap up the Luxury of Listening to Lovely.... CRAP, I ran outta L words. :( 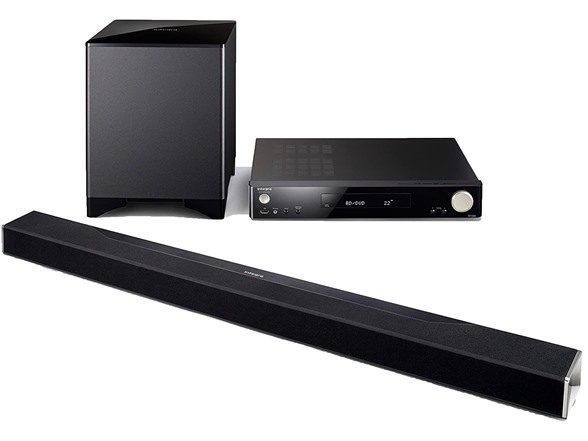 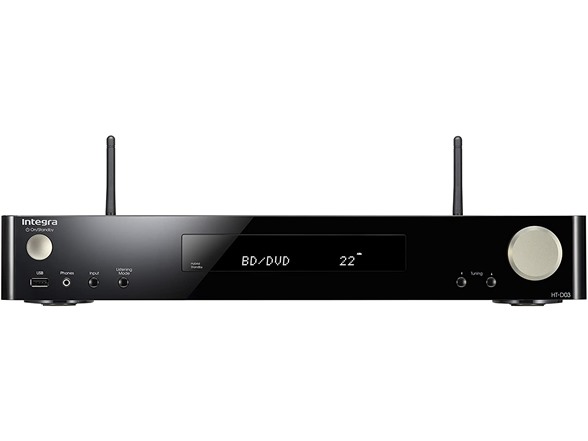 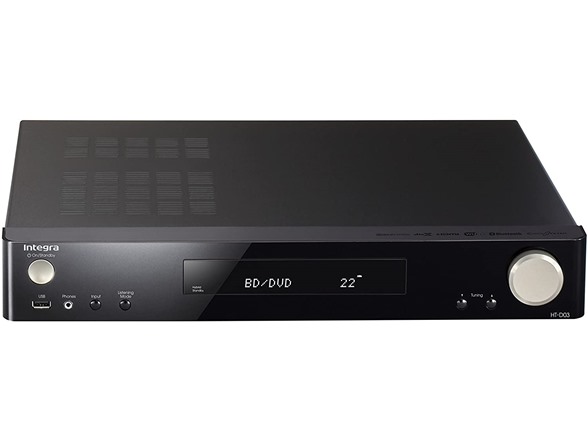 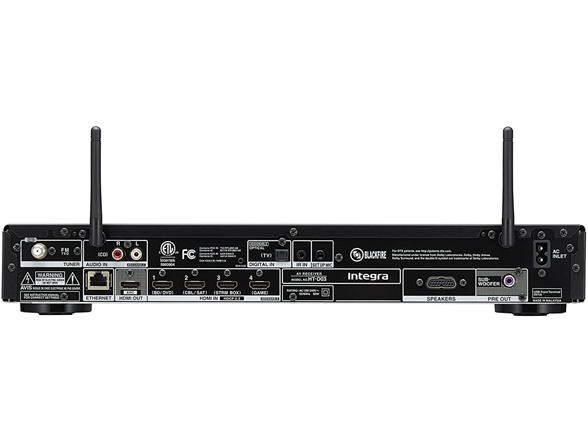 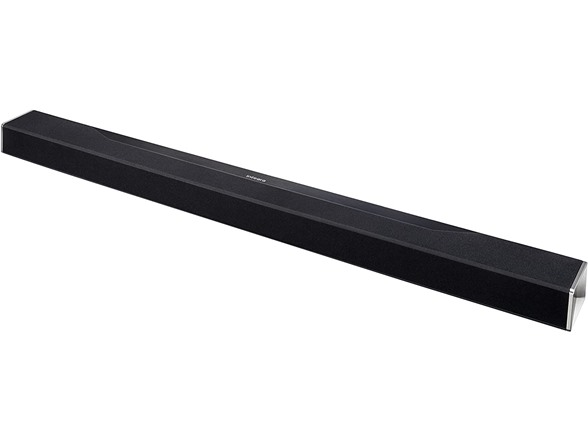 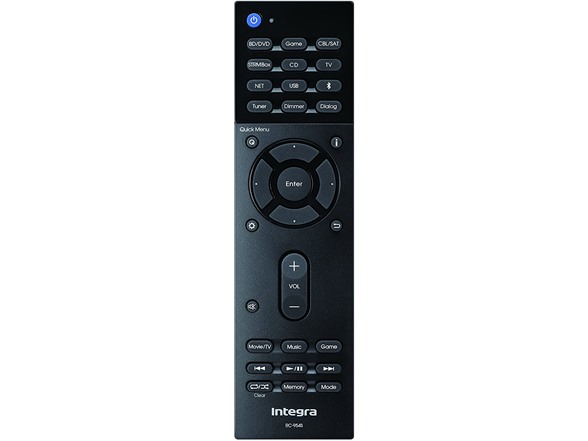 UltraHD / HDR Connectivity: The DLB-5's HDMI specifications and HDCP 2.2 compatibility support the latest formats being released by Hollywood.  The latest HDMI specs offer transmission of High Dynamic Range (HDR) formats with BT.2020 support, and a significant increase in bandwidth (up to 18Gbps) to support new features such as 4:4:4 color space and 4K@50/60 (2160p), which is 4 times the clarity of 1080p/60 video resolution.

Powerful Yet Cool and Efficient: The amplifier section of the Integra DLB-5 utilizes an ultra-efficient Class-D design for maximum power output while minimizing power usage and heat output.  High performance details like independent power supplies and discrete output stages deliver 50 Watts per channel (4 Ohms, 1 kHz, 1% THD, 1 Channel Driven, FTC) into 5 channels for clear and dynamic performance in a compact, contemporary chassis that is perfectly at home out in the open or neatly tucked away in a tight cabinet.

Stream It Easy: The DLB-5 features DTS Play-Fi, AirPlay, Wi-Fi and Bluetooth wireless music streaming technologies, so you can effortlessly push audio signals from a smartphone, tablet or computer to the DLB-5 for powerful sound.  Utilizing the Integra Control Pro App downloaded onto your iOS or Android smartphone or tablet, control your DLB-5 and take advantage of the built-in services from Tidal, Spotify, Pandora, Deezer and TuneIn.

Perfect for Custom Installation:  With its legacy of being Rugged, Overbuilt and Integration Friendly, the DLB-5 includes system integration connectivity such as RS232 and IP control with support for 2-way communication with 3rd party home automation systems such as Savant, Crestron, URC, RTI and supports Control4’s SDDP and AMX’s Device Discovery for simplified system integration, along with a rear panel infrared (IR) input.

App Control: The Integra Control Pro app for iOS and Android devices is a convenient way to control your DLB-5 from anywhere within wireless range featuring an attractive yet intuitive graphical interface which makes it easy to control playback, adjust settings and share content from your tablet or smartphone.  The Integra Control app also serves up hi-res, lossless, and compressed audio files (including 192 kHz/24-bit FLAC, DSD, Apple Lossless, Dolby TrueHD and more) to the DLB-5 from your mobile devices to deliver stunning sound.

Easy, Flexible Installation: The low-profile design makes for an ideal display on an entertainment unit or mounted on a wall, while the included IR input makes controlling the DLB-5 simple - no matter where it's placed.  Additionally, amplified power firing downwards through a big 6 1/2" (16 cm) cone, along with the included wireless subwoofer, does an excellent job of adding impact to your favorite content.

Integra's Original Approach to Room Correction: AccuEQ with AccuReflex conducts two measurements- one to determine the distance, sound pressure level calibration and crossover for all speakers (including the subwoofer) and a second measurement to make room corrections based on the acoustic characteristics of the room and prevent standing waves. You can choose to automatically or manually set the equalizer, as well as custom tailor and save your own manual EQ settings into three available presets - perhaps for movies, games, and music- and call them up via the included remote control or via the Integra Control Pro

Shipping Note: Shipping to Alaska and Hawaii is not available for this item. A physical address is required for delivery. No Military or PO Box shipments available.