Hey, you can only buy 10 of these.
Leave some for the rest of us!
Update the quantity in your cart.
Limit 10 per customer

Better than the busted "Keytars" you'll find at a real garage sale! 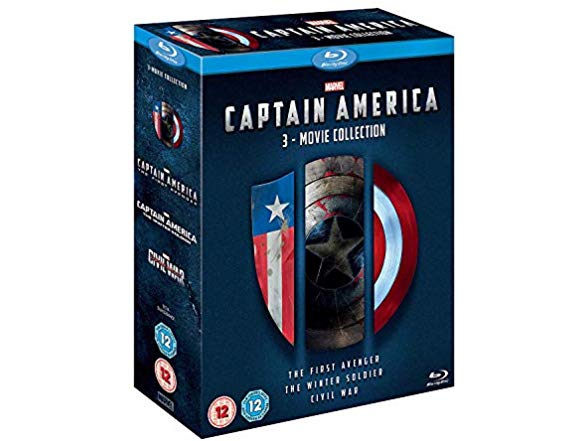 Triple bill of superhero action adventures based on the 1940s Marvel Comics series. In 'Captain America: The First Avenger' (2011) Chris Evans stars as Steve Rogers who volunteers for a top secret military research project after being deemed physically unfit to enlist in the U.S. Army during the Second World War. The experiment transforms him into super-soldier Captain America, who - along with sidekick Bucky Barnes (Sebastian Stan) - takes on the mighty power of Hitler's henchman Red Skull (Hugo Weaving). In 'Captain America: The Winter Soldier' (2014), set two years after 'The Avengers' (2012), Steve Rogers is now living in Washington where he is trying to adjust to modern society. When a fellow S.H.I.E.L.D. agent is attacked he teams up with Natasha Romanoff, aka Black Widow (Scarlett Johansson), to uncover a conspiracy and, with the help of the Falcon (Anthony Mackie), defeat a powerful enemy known as the Winter Soldier (Stan). 'Captain America: Civil War' (2016) is set after the events of 'Avengers: Age of Ultron' (2015) and sees Evans reprise his role as Captain America. In this installment, an incident resulting in a law to regulate the activity of the Avengers causes a divide between the group of superheroes. The Avengers become split into two opposing factions, headed by Captain America and Iron Man (Robert Downey Jr), while a new villain threatens the safety of the world. Will the superheroes be able to defeat their common enemy and repair the schism?