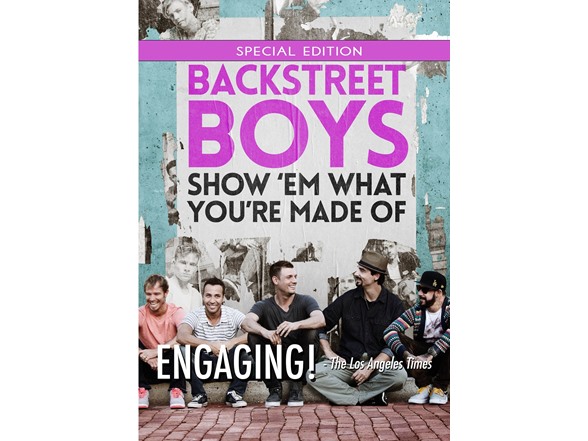 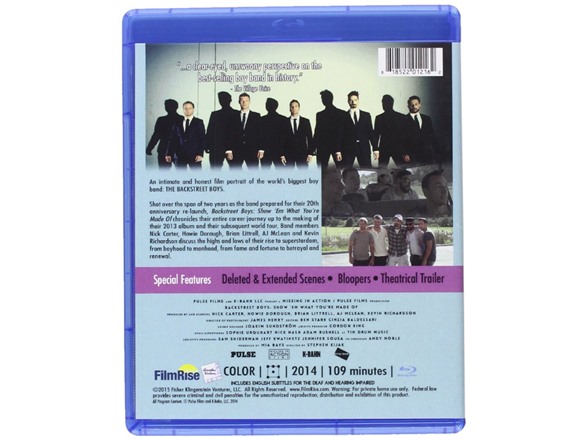 BACKSTREET BOYS: SHOW ‘EM WHAT YOU’RE MADE: SPECIAL EDITION An intimate and honest film portrait of the world’s biggest boy band: THE BACKSTREET BOYS. Shot over the span of two years as the band prepared for their 20th anniversary re-launch, BACKSTREET BOYS: SHOW ‘EM WHAT YOU’RE MADE OF chronicles their entire career journey up to the making of their 2013 album and their subsequent world tour. Band members Nick Carter, Howie Dorough, Brian Littrell, AJ McLean and Kevin Scott Richardson discuss the highs and lows of their rise to superstardom, from boyhood to manhood, from fame and fortune to betrayal and renewal. This Special Edition Blu-ray contains extras including bloopers, deleted scenes of a trip to AJ's childhood home, a visit with Kevin's high school drama teacher and a behind-the-scenes rehearsal of "Madeleine," a song from their new album.