Hey, you can only buy 3 of these.
Leave some for the rest of us!
Update the quantity in your cart.
Refurbished
4"
Limit 3 per customer 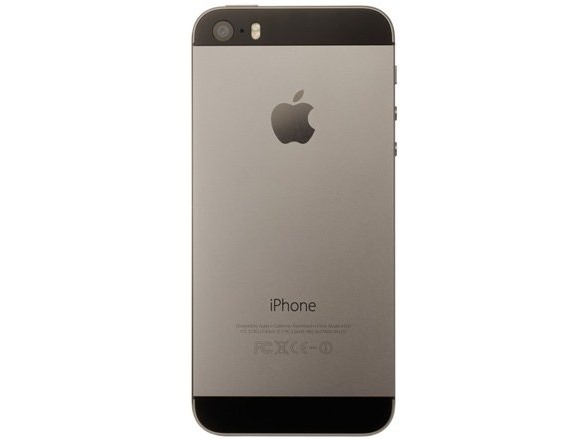 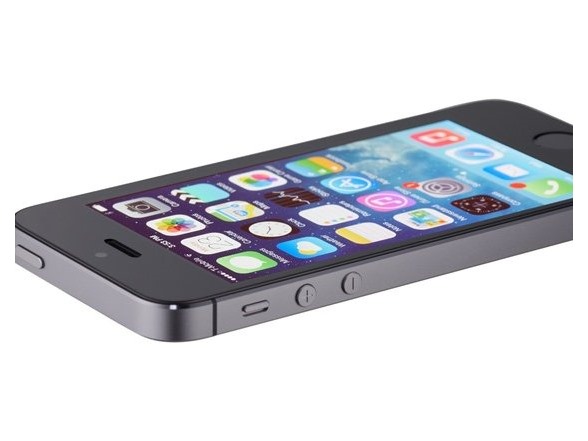 The highly advanced iPhone 5s features the A7 chip with 64-bit architecture, the Touch ID fingerprint sensor, a 8-megapixel iSight camera, a FaceTime HD camera, ultrafast LTE wireless, iOS 8, and iCloud. Yet it s as thin and light as ever.

4G LTE
With peak speeds up to 25Mbps* 4G LTE speeds are up to 10 times faster than 3G.
*Expected speeds based on testing of deployed areas prior to network launch. Peak speeds may not apply to all markets. Actual speeds may vary.

iOS 8
iOS 8 was designed with features that make every experience better. Incredible new features will change how you send messages, edit photos, and track your health. And developers now have deeper access to bring some of the amazing new capabilities of iOS 8 to their apps, too.

Wi-Fi
With Wi-Fi turned on, you can connect just like you do on your laptop, your phone will automatically search for available networks and you may even save extra bars on your battery.

Wi-Fi Calling
Wi-Fi Calling for iPhone gives you the ability to call over wireless internet connections.  Wi-Fi Calling is a free service when calling to a US, US Virgin Islands or Puerto Rico number. The service can be used around the world except for Australia, China, Cuba, India, Iran, North Korea, Singapore, Sudan and Syria. International rates still apply for international numbers, and require an international long distance plan. iMessage is currently supported over Wi-Fi.

Entertainment
You'll visit the iTunes Store over and over to fill your iPhone with endless entertainment. Browse around. Millions of songs and thousands of movies and TV shows are ready to go. Whenever you are.

Maps
Incredibly sharp graphics and text, even when you zoom in. Spoken turn‑by‑turn directions. Real‑time traffic conditions. And photo‑realistic, interactive 3D views with Flyover mode. The Maps app is a destination unto itself.

Mail
Send, receive, and reply across all your accounts. Scan your inbox on the 4‑inch Retina display. Even keep track of email conversations by thread. The Mail app on iPhone gives you lots to write home about.

Apps & social networking
The best collection of mobile apps is just a tap away. The App Store has over 900,000 apps — many of them free — to help you be more productive. Learn about the world. And let's not forget, play games.

Web
This is browsing at its most beautiful. Pages look crisp and sharp, and they load almost instantly. Tap the Reader icon to read web articles without ads or distractions. And view items on your Reading List on any device - even when you're offline.

Pictures
It just might be the only camera you'll ever need. And if you think that's amazing, wait until you see your photos.

Mobile Hotspot
This is hot! Your phone doubles as a personal portable hotspot and lets you connect to any Wi-Fi device. Additional fee required for hotspot functionality.

Video
Check out the latest episode of your favorite TV show over breakfast. Watch an HD movie on the bus. With no letterboxing on the big 4‑inch Retina display, you can enjoy everything as it was meant to be - in full widescreen.

Siri
Siri lets you use your voice to send messages, schedule meetings, place phone calls, and more. Ask Siri to do things just by talking the way you talk. Siri understands what you say, knows what you mean, and even talks back. Siri is so easy to use and does so much, you'll keep finding more and more ways to use it.

AirPrint
Wireless printing right from your iPhone to your AirPrint-enabled printer.

AirPlay
Wirelessly stream from your iPhone to your HDTV via Apple TV.

FaceTime
With FaceTime you can make video — or audio‑only — calls over Wi‑Fi or cellular to another iPhone, iPad, iPod touch, or Mac. Use the FaceTime camera in front for chatting. Then switch to the iSight camera on the back to share the view from your end.

Grade A Refurbished: These units have been refurbished to like new condition. There are no scratches or scuffs to the casing nor screen.

Shipping Note: Shipping to Alaska, Hawaii, PO Box and APO addresses is not available for this item